Conditioning a Hotwife for a Bull 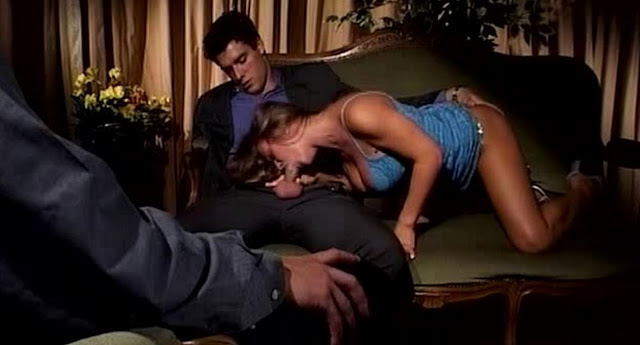 This process should take a number of weeks/visits to complete. This is a gradual process that involves a different step on each visit. It is important to follow this plan closely and do not attempt to cut corners or combine steps, for it to be successful.

The goal is for the Hotwife to eventually become sexually fixated on the Bull, and look to him for all of her sexual needs. If done properly, the Hotwife will unconsciously find herself turning to the Bull, and at the same time her sexual attraction to her own husband will diminish. This is not to be confused with her emotions, as the Hotwife will and should continue to love her husband as much as she ever has. Her involvement with the Bull will be mostly sexual.

The process is not dissimilar with some forms of hypnotism. It involves a system of human conditioning, using a deliberate series of steps that will gradually condition the wife to respond sexually to another man.

There are limitations to the process. First, it is important that the wife find the Bull attractive and be physically drawn to him. The process teaches the wife to allow herself to overcome taboo matters, and sexually replace her husband with another man that she is drawn to. This process uses the wife’s natural urges and attractions to become sexually active with someone other than her husband, but it cannot FORCE her to do so with a man she does not consider attractive.

When the process is complete, the wife will look to the Bull for her sexual needs, and she will be eager to be available to the Bull whenever he wishes.

To begin, the Bull must understand the challenge before him. The wife and husband have a bond that must be altered. In essence, the Bull must assert himself between the wife and husband, break the sexual portion of their bond, and bond with the wife on that sexual level.  If done properly, the Bull will become the wife’s primary lover. The sexual bond between the Bull and the wife will actually become an integral part of the marital relationship between the wife and her husband. So, all three are bound at some level.  Many Bulls befriend the husband. While some Bulls may resist this, they should consider trying it, as it can create additional opportunities for mutual excitement.

Now, how is it done? Assuming everyone is new to one another, the introductions and first meetings should include all three people. Including the husband in the first meetings allows the wife to be comfortable and feel safe and secure. This cannot be understated, as trust is an important element for all women. Even if she is extremely attracted to the Bull she will not relax and allow herself to become swept up in the relationship unless she feels she can trust him. Never lie or deceive the wife as it will cause irreparable damage to the entire process.

First meeting - Most husbands take charge during the first meetings. But it is important for the Bull to begin to take over at some point, perhaps during the second meeting or even later in the first meeting. Women respond to assertive, confident men. The Bull should look for opportunities to take charge, and lead the discussions wherever possible.

This is actually the very first step in the process, as the wife begins to look to the Bull for leadership, rather than her own husband. The Bull should understand this and not be shy. Do not hesitate to steer the discussions, offer to get drinks, etc. Be confident and assertive. Look for ways to be “the man” in every situation.

Do not allow him to be vague. This is the Bull’s first opportunity to begin to assert himself over the husband. Use this opportunity to begin to steer the husband to certain subjects, using VERY specific questions. His wife will be watching and listening intently! Ask the husband detailed questions, even if they make him uncomfortable. The wife will notice this. She will see the Bull forcing her own husband to reveal desires that he probably has only told her so far.

Last, the Bull should ask the Hotwife to share her thoughts about the relationship she is looking for. By now she has watched the Bull interrogate her husband, and heard him describe in detail what he wants. She has also heard the Bull describe what he wants. Most wives will then PARROT what she has heard. I have found it very unusual for a wife to deviate much from what she has already heard discussed. It is okay to ask for any clarifications, but DO NOT push the wife too hard on any issues here. Even if the Bull wants more detail, he should wait until later to go into them (perhaps in private with the wife).

I have not addressed whether this first and/or second meeting involves any sex. That’s because every couple is different. Some prefer to meet in public places first. Others prefer private homes. Some are comfortable with sexual play on the first meeting, and others prefer to get to know each other first. You have to read the couple and decide what is best for the long term relationship.

At this point, everyone has described what they want. From this the Bull has the initial boundaries and can establish the framework for the relationship going forward.

I shall assume everyone moves to another meeting, and by now sex is assumed to be in play. It’s time to begin taking charge. Part of taking charge is having the wife do things while her husband seeing her follow your directions. This way she gets used to following you, and he gets used to taking a more silent role.

One step to consider early is having the wife masturbate for you. This is a simple act of exhibitionism that conditions her to being intimate in front of you. I would suggest everyone moving to a bedroom, with hopefully a chair where the husband can sit. Then have the wife lay back on the bed. It is important that you be dressed, and the wife is the only one who is nude or partially nude. Have the husband sit someplace out of his wife’s line of sight. You should sit in another chair at the foot of the bed, or even on the bottom of the bed itself. But be sure to sit where you and the wife can see each only each other. You want her to focus on YOU, and NOT see her husband at all.

I would suggest that you have her remove ONLY her slacks/panties or pull up her dress. Allow her to leave her breasts covered. Believe it or not many women are shyer about showing their breasts than they are about showing their vagina.
Then tell her to place her hand on her pussy and play with herself. If she resists, look to the husband to move to her side, kiss her and comfort her. Between the two of you she should come around and begin to play with herself for you. After she has warmed up to the idea, have her husband move back to his chair, out of her line of sight.

After she has recovered somewhat, the two of you should strip her remaining clothes. Instruct her husband to take each article of her clothing and neatly fold it up for her, while you begin to explore her body. Then instruct him to take his seat, and let him watch your first sexual encounter with his wife.

At this point you are on your own. Make love to her as you would any woman. My only advice would be to start gently and tenderly and finish like the Bull they have both fantasized about. If possible, multiple orgasms for her and for you, in multiple positions through the night, will go far in fulfilling their expectations.

When the sex is over engage them both as you wrap up the evening.

This is just one suggested plan. But the idea is to start slowly but with a plan, and gradually increase your influence and dominance over them both. From here you can begin to push for bigger and better things, which I describe in my next blog, Boundaries are meant to be Pushed.