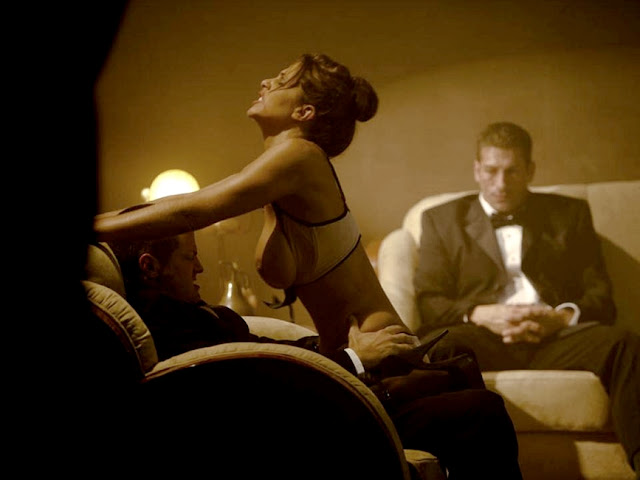 At the very base of this principle is the understanding of a woman’s psychological need for a variety of sex partners. Women are literally hardwired differently than men. A woman has a dual sex drive. The first is centered on finding a mate for life to help support her and her offspring. This is why (and when) love is such an important part of a women’s sexual desire.

With the creation of a stable home environment in which to raise her children, there is a clear physiological shift toward a womans desire to mate with the best man (or men) available to her, for their contribution of superior genetic material.  This natural fact does not make her immoral, or mean that she no longer loves her husband. It is simply part of her basic genetic code.

Contrary to societal contrivances to the contrary, these physiological sexual differences between men and women also seem to support the cuckold relationship as one ideal for a marital relationship. It is well known that women don’t reach her sexual peak until they are in their thirties, while men peak by the time they are twenty. In a typical marriage, a wife is generally younger than her husband or the same age. As a result, a woman’s increasing sexual appetite, due to her biological age, creates stronger sexual drives than her husband.  As a marriage continues through the years, this discrepancy in sexual drives typically increases, sometimes to the point of a wife finding little or no sexual satisfaction with her husband, and secretly turning to extramarital encounters.

Nature reinforces this physical need by providing women with the ability to experience a far greater quantity, intensity, and variety of sexual orgasms than men. This is nature’s way of motivating a woman to seek out sexual activity, even at the risk of being caught by her life mate.  Women experience a diversity of orgasms, including clitoral and vaginal.  Additionally, women have the ability for multiple orgasms.  While this simple pleasure is often recognized as the result of efforts by the woman's partner, it has been theorized that this trait actually is a natural function designed to allow a woman to participate and enjoy sex with multiple partners over a short period of time.

On the other hand, men are far simpler sexually. His sex drive grows will simply grow stronger the longer he goes without sex, with a singular, simplistic orgasm resulting.  Since he needs a consenting female in order to engage in sex, his desire for her sexually is directly linked to this need for her to  consent.  Over time his need for sexual release can become overwhelming, and his desire to gain her consent by pleasing her increases proportionally to his level of sexual frustration.  He is content mating with any female he finds desirable, and is perfectly capable of being content with having sex with the same female for life, providing certain motivations are provided.

There have been numerous clinical studies documenting positive emotional responses to the presence of male sperm in the female vagina.  Theory suggests that certain hormones contained in the seminal deposit illicit both physical and emotional changes in a woman's own hormone levels.  While not completely understood, these studies do support the theory that a woman's most satisfying sexual experiences result from intercourse with a male, resulting in his ejaculation.

One might think that these conditions present arguments for an open marriage in which both a wife and her husband find sexual partners outside their marriage.  But the idea of open marriage assumes the erroneous notion that men require a variety of sex partners, and that women are tolerant of their men mating with others. However, neither assumption is typical.

While the evidence clearly suggests that a married woman is instinctively inclined to seek sexual partner(s) other than her long term mate in order to procreate with males carrying the best genetic material, a man has a sexual drive that is easily manipulated.

The genetic programming that drives a man is largely based on the thrill of pursuit, not the need for variety.  Men are designed to compete.  They compete in every aspect of life.  Not only do they compete in their workplace, but they compete even in their hobbies.  It's hardly incidental that men enjoy watching or participating in sporting events.

Most importantly though, men compete for their female.  Husbands who’s desire for their wives have waned over time, or even shifted to other women, can be completely reversed with one simple change – the introduction of a competing male vying for their wife's attention.

In study after study, married men responded consistently when exposed to stimuli that include another man's attention to the wife.  This trigger awakens their instincts to compete and they literally rise to the occasion.  Their focus reverts solely back to their wives, and they lose interest in other women.  The wives in some studies were able to deliberately vary their husband’s level of interest through increasing or decreasing their interaction with other men.

It was further found that when these same wives reverted back to traditional sexual practices with their husbands, their husbands began to lose interest and once again showed interest in other women as possible sex partners.  The mere possibility of competing for her with another man consistently and predictably reinvigorates his desire in a man.  Common belief holds that men are born to cheat.  However these studies clearly show that men are born to compete.

In one study (Hill, Leeson 2004), there is also a clear correlation between sexual desire and the absence of the woman from the relationship, supporting the age-old axiom that “absence makes the heart grow fonder”.  This pattern introduces a possible correlation between sexual denial and resultant arousal. An extended absence makes more than just the heart grow.  It dramatically increases the need of a male to mate with his partner.

A husband will readily and predictably respond to the threat of competition, whether real or imagined.  A wife can use that competition to help mold a sexual relationship that proves sexually satisfying for both of them, while insuring relationship stability and her husband's fidelity all at  the same time.

The involvement of another male into the relationship has additional benefit, other than the obvious sexual benefits to the wife and the resultant stability to the relationship. Some men expressed relief that their wife was being satisfied by another, being relieved of the pressure to perform as her primary sex partner.  The older the husband becomes, the more this motivation is mentioned.

Our modern morals and the roles imposed both sexes by society are not only aberrant behavior given our genetic makeup, but psychologically unhealthy. Marriage itself is an artificial construct that conflicts with natural human programming. It is unfair that a woman is forced to repress her natural sex drive which is genetically embedded over a millenia. Doing so places undue strain on what is viewed by society as the “traditional” marriage and surely contributes to the rate of marriage failures.  We've created a society in which women often struggle with guilt and frustration over their natural sexual needs.

Similarly, once a husband gets past his initial concerns, they become calmer and more focused on the relationship.  Rather than seeking the temptation of satisfaction outside the marriage, the husband soon derives all of his sexual needs from and through his wife and her extramarital “adventures”.